Swiss Family Treehouse is a walk-through attraction based on the 1960 Disney movie Swiss Family Robinson (which itself was based on the 1812 Johann David Wyss book by the same name). The enormous treehouse, situated near the entrance to Adventureland, recreates the arboreal home that the fictional Robinson family built following their shipwreck in the East Indies.

I'll admit, Swiss Family Treehouse is not an attraction that's on my Must-Do list for every visit. I'm not really sure why, but it's often a matter of timing for me. If I pass by earlier in my visit, perhaps I think it'll take too long, or that the excitement level won't quite be what I'm looking for. If it's later in the day, the thought of climbing those steps might turn me off. After my recent visit, I knew I had to send out these words of encouragement- make time for it, people! I had forgotten what a really special attraction this is. It's an opening day classic that harkens back to a simpler time. It's quaint, and it's nostalgic. It's definitely worth a visit if you've never been, and if it's been a while since you've done it- put it on your list for next time. It's a unique attraction, and gives an interesting perspective of the park that we don't really get from any other place. I experienced this attraction as a child, and then- I'll be honest- I don't think I did it again until 2014! Has it been a while for you too? Read Disney's description of the attraction below, and take a look at some of the photos I captured during my last visit...


Embark on a breezy walk-though tour of the Robinson’s famous home nestled high inside a towering tree.

Cross a bridge at the foot of a large leafy tree and climb handcrafted wooden stairs as you explore the famed living quarters of the Swiss Family Robinson and learn of their island adventure.

Discover open-air rooms—brimming with a bevy of 19th-century articles salvaged from the famous shipwreck—including:

• The Living Room
Mahogany furniture, dishware and an organ mingle alongside the large wheel from the shipwrecked Swallow ship.

• The Kitchen and Dining Room
A clamshell sink, a volcanic stone hearth and oven, and a table with benches are just some of the more modern conveniences you’ll see.

• The Crow’s Nest
See the living quarters of sons Fritz, Ernst and Francis, complete with hammocks, a ragged chest and strewn clothing.

• Study/Library
Home to antique books, a desk, a handmade bamboo chair and a lantern, this is where the Robinsons came to feed their minds and their souls.

• Jungle Lookout
Boasting panoramic views from the top of the tree, this perch provided the Robinsons with serenity during their stay on the island.

At the base of the tree, a large wooden wheel gathers water from a stream and carries it up to the various rooms inside the treehouse.

View at the Top
Those who reach the summit of the treehouse will enjoy 360-degree views of Adventureland and Magic Kingdom park, particularly the river on which the Jungle Cruise boats sail. At over 6 stories high, it’s a spectacular sight to see! 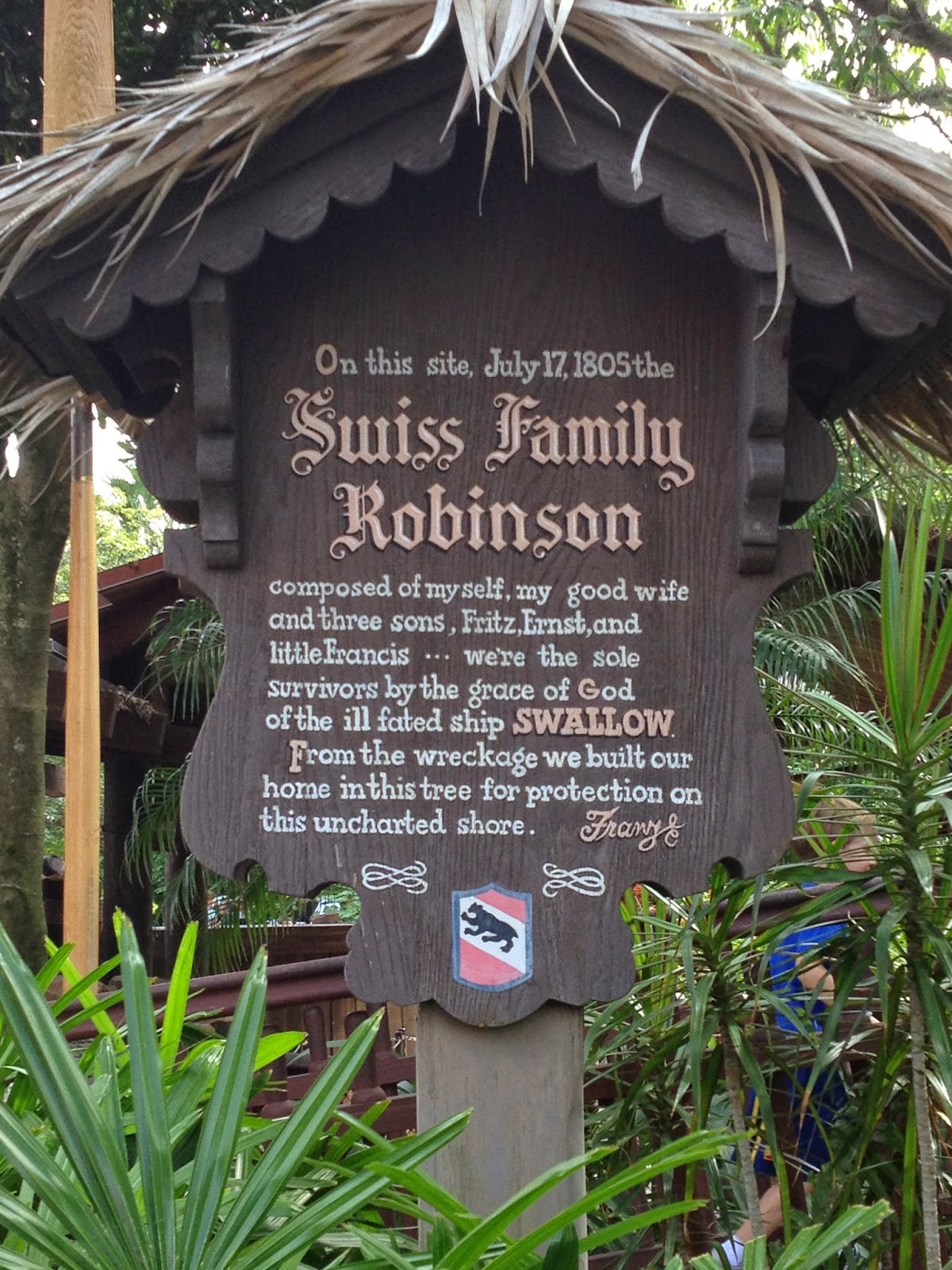 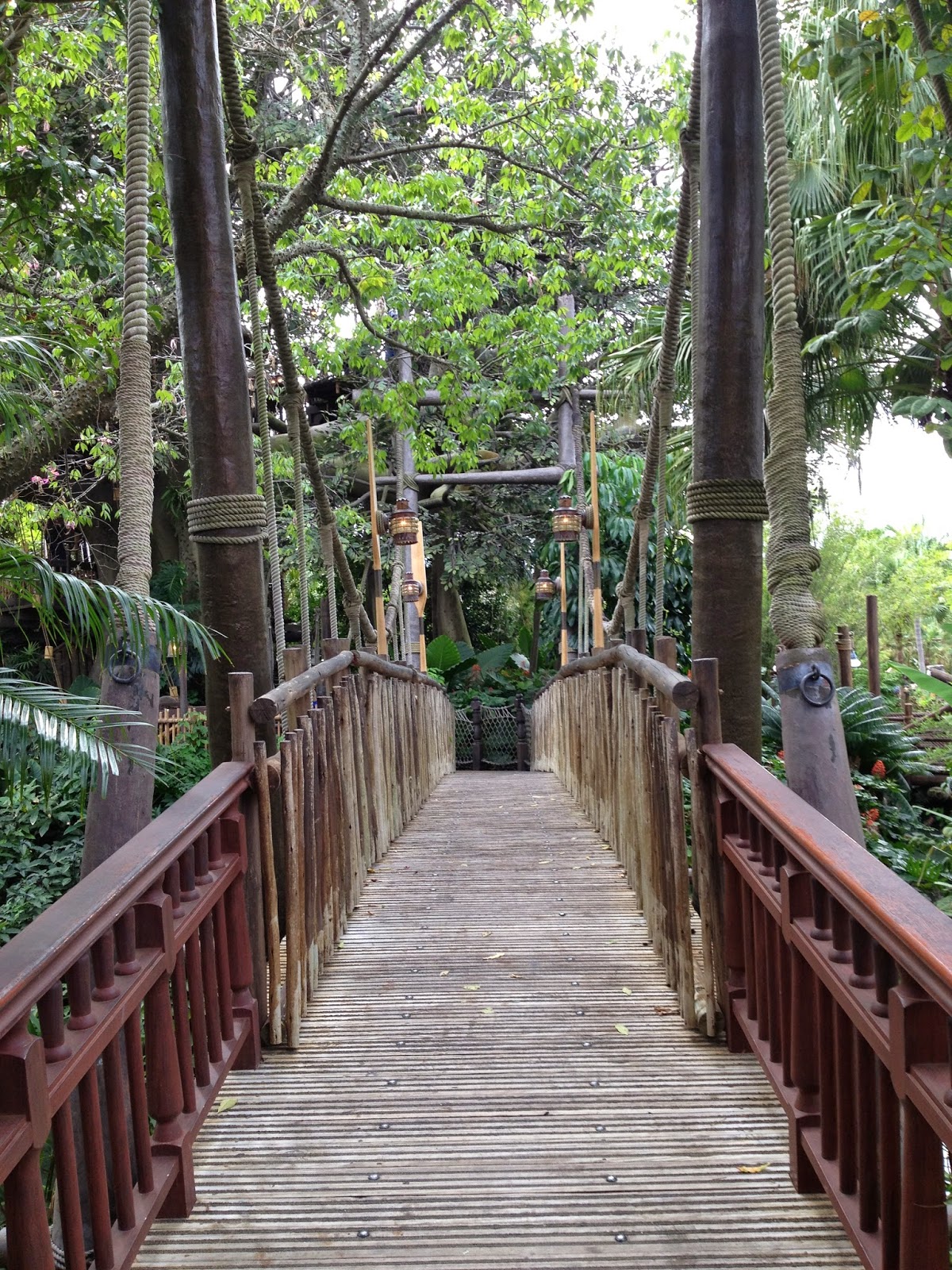 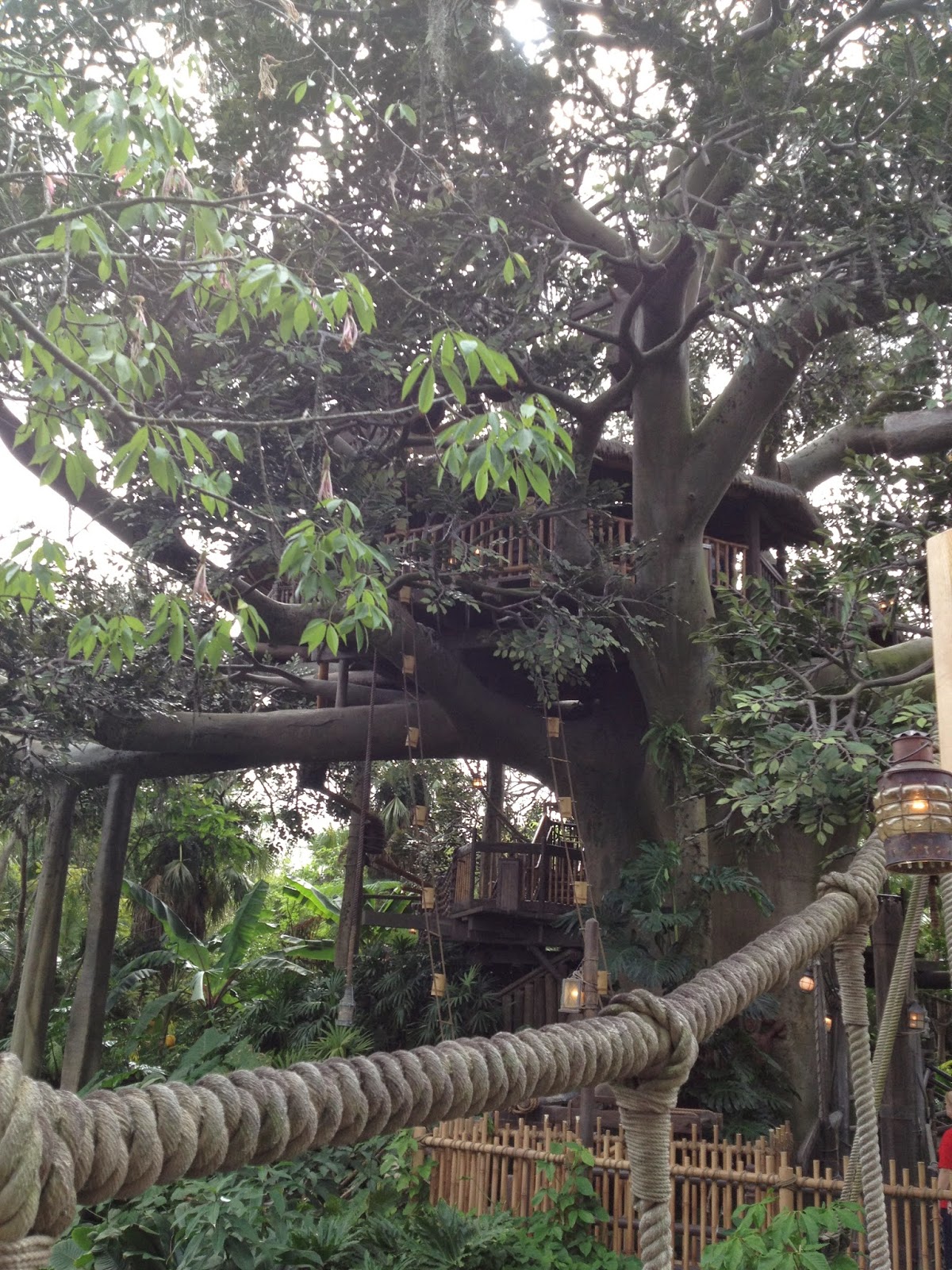 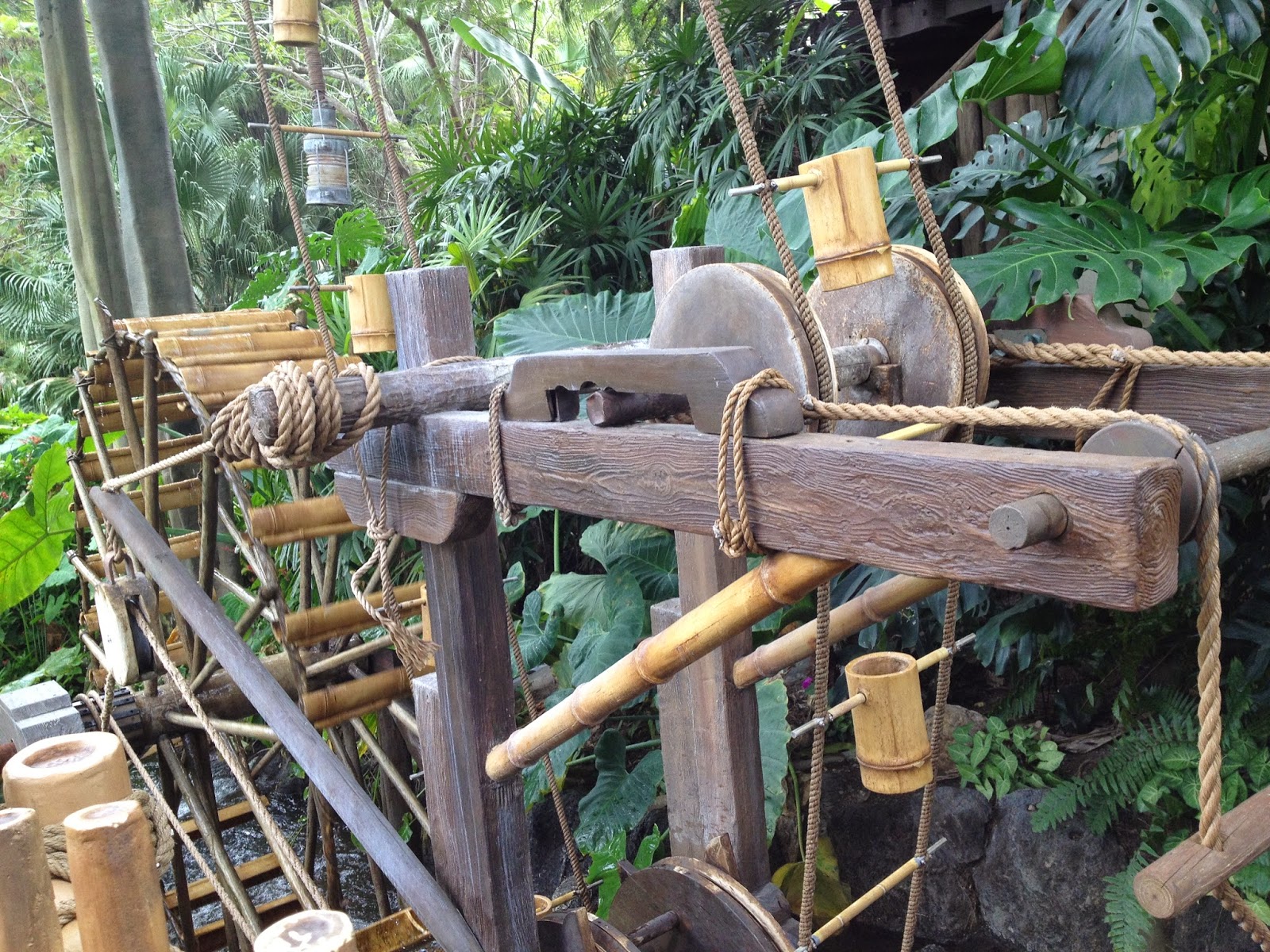 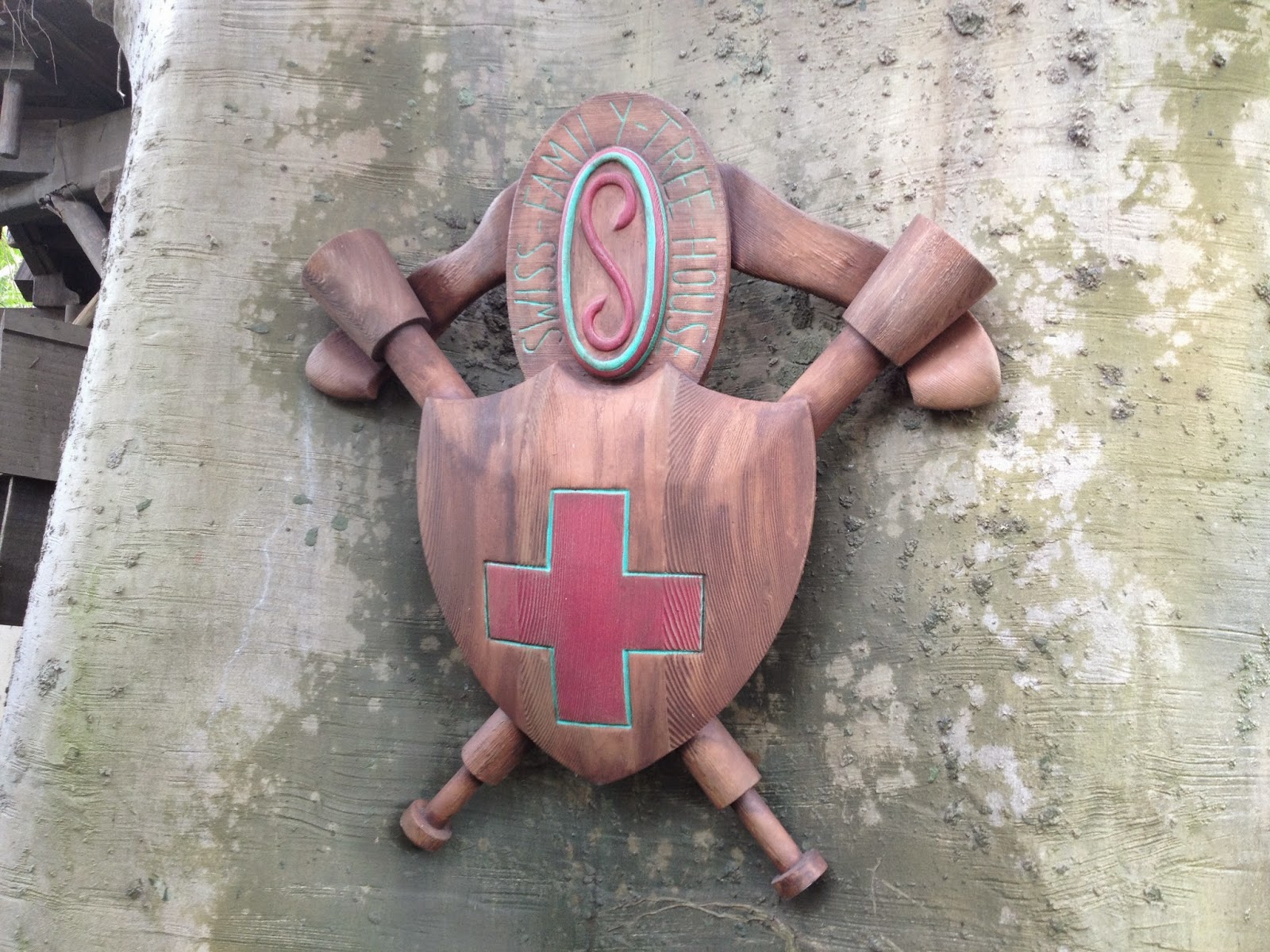 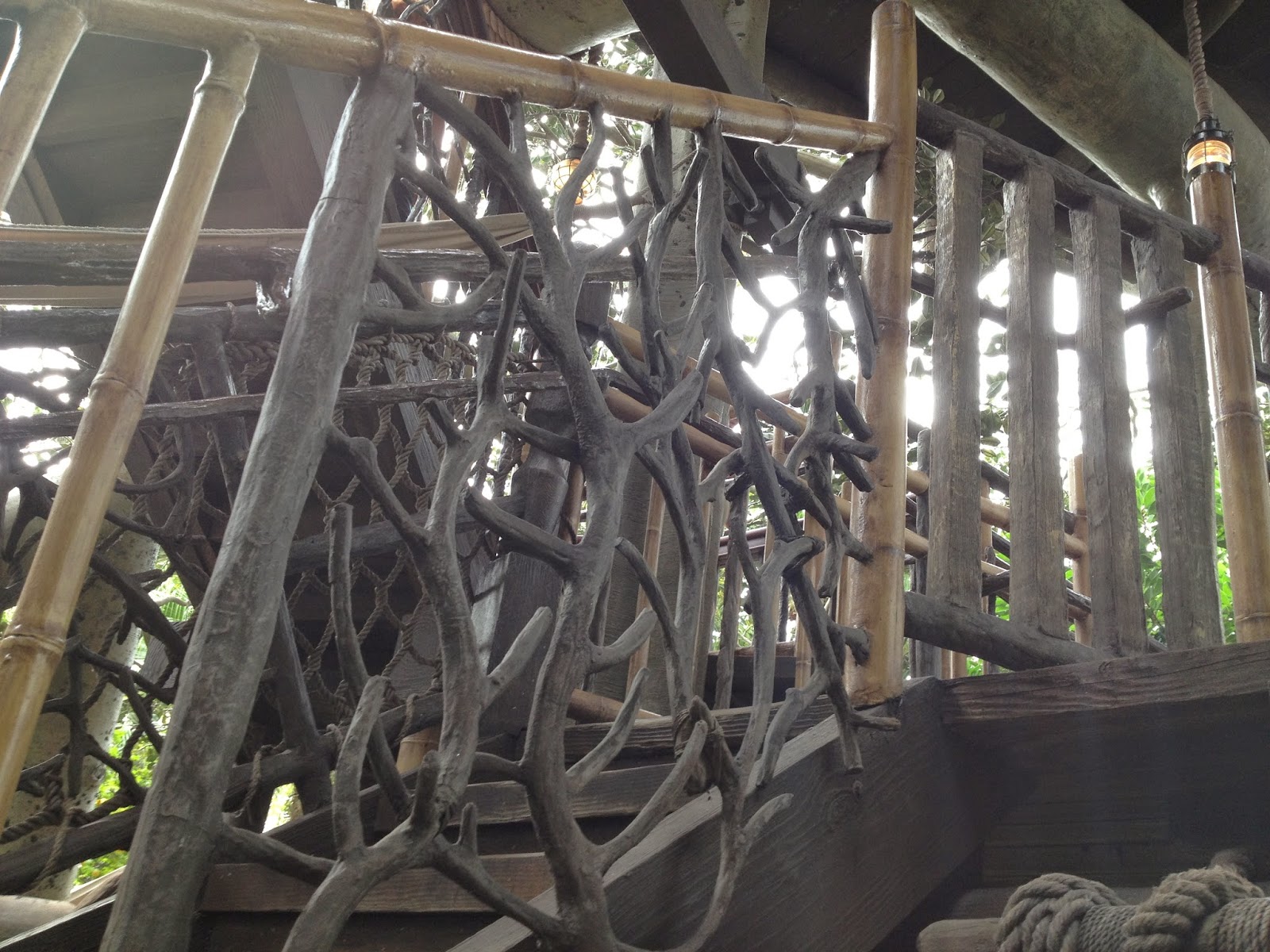 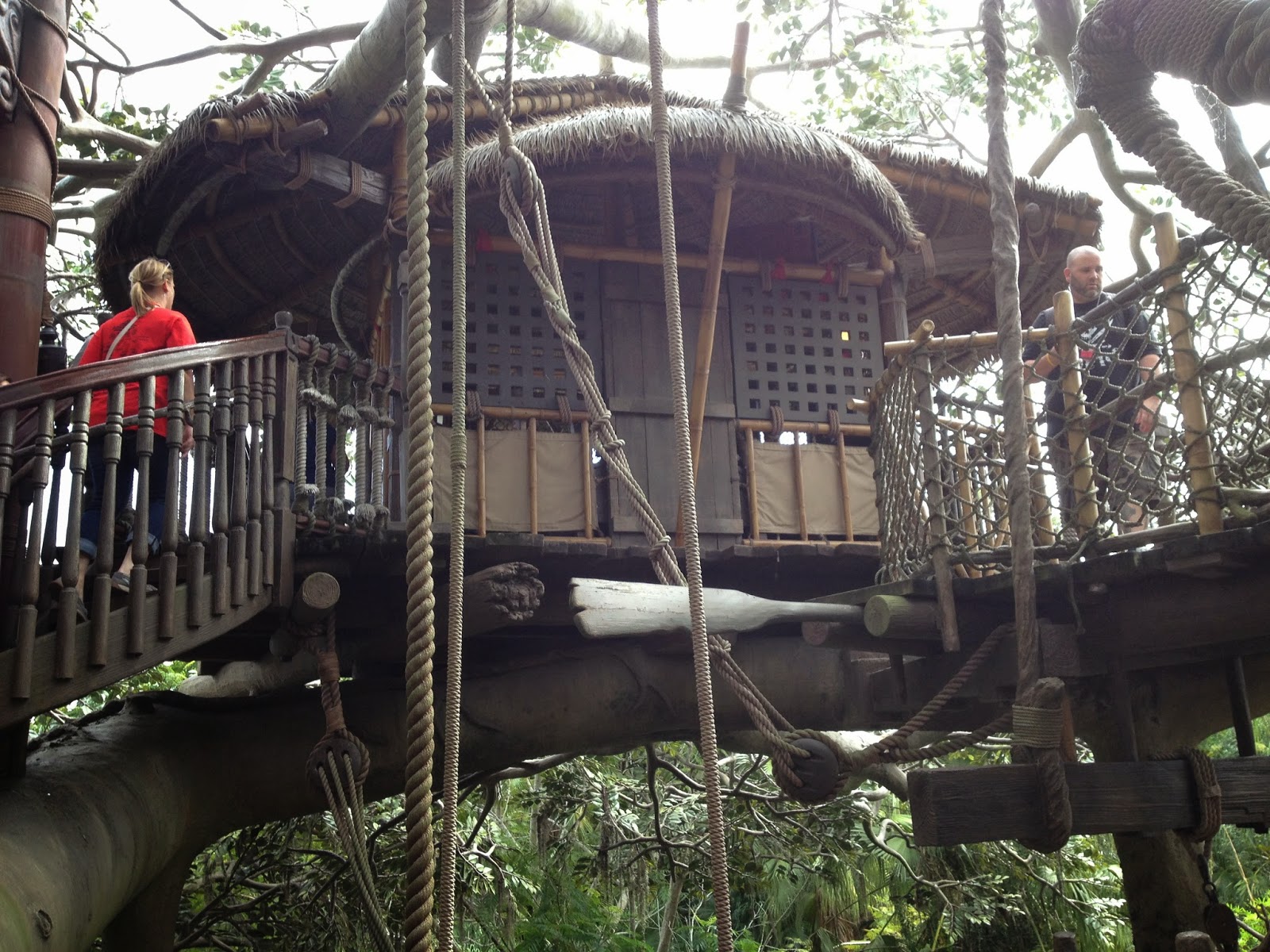 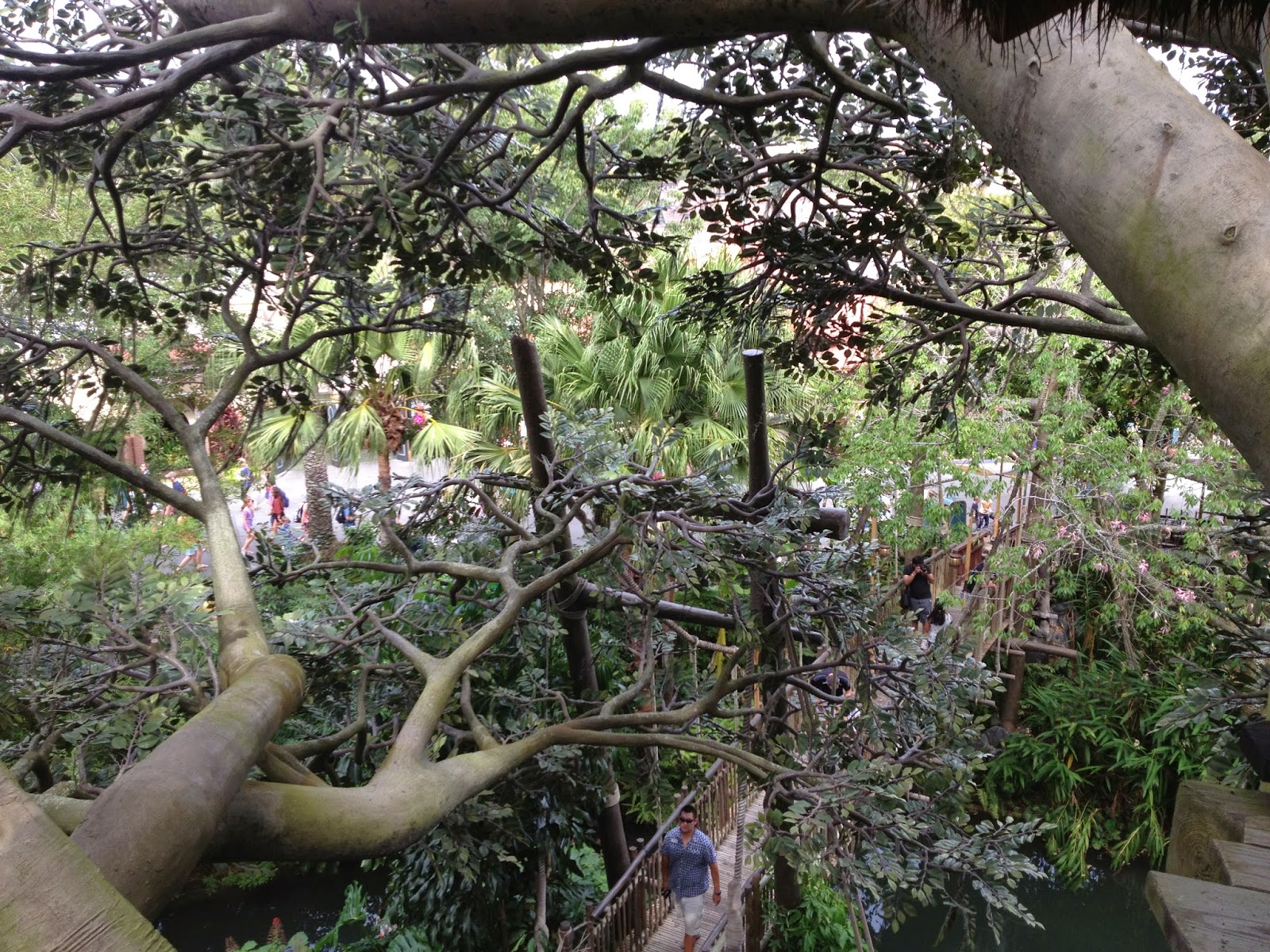 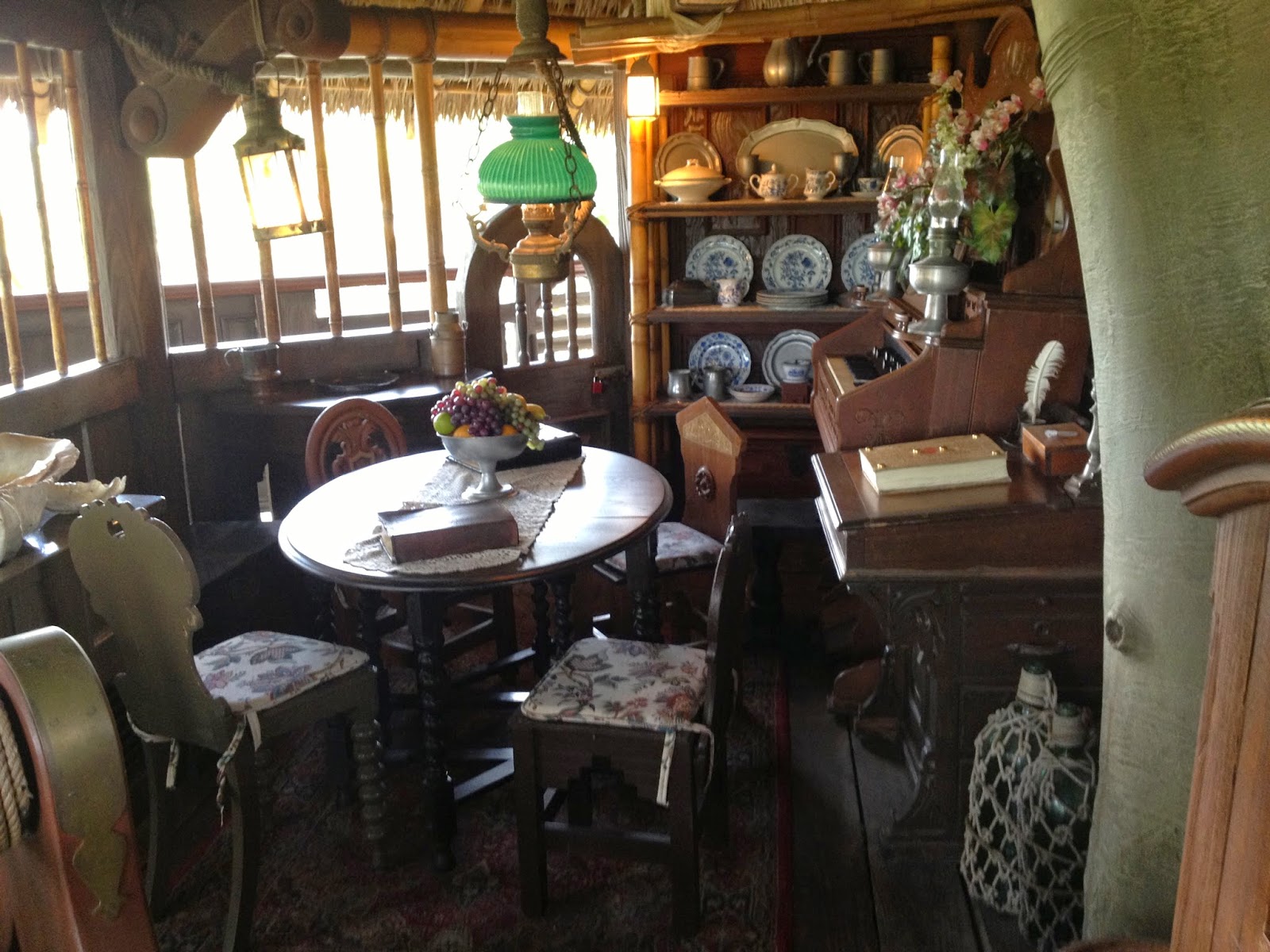 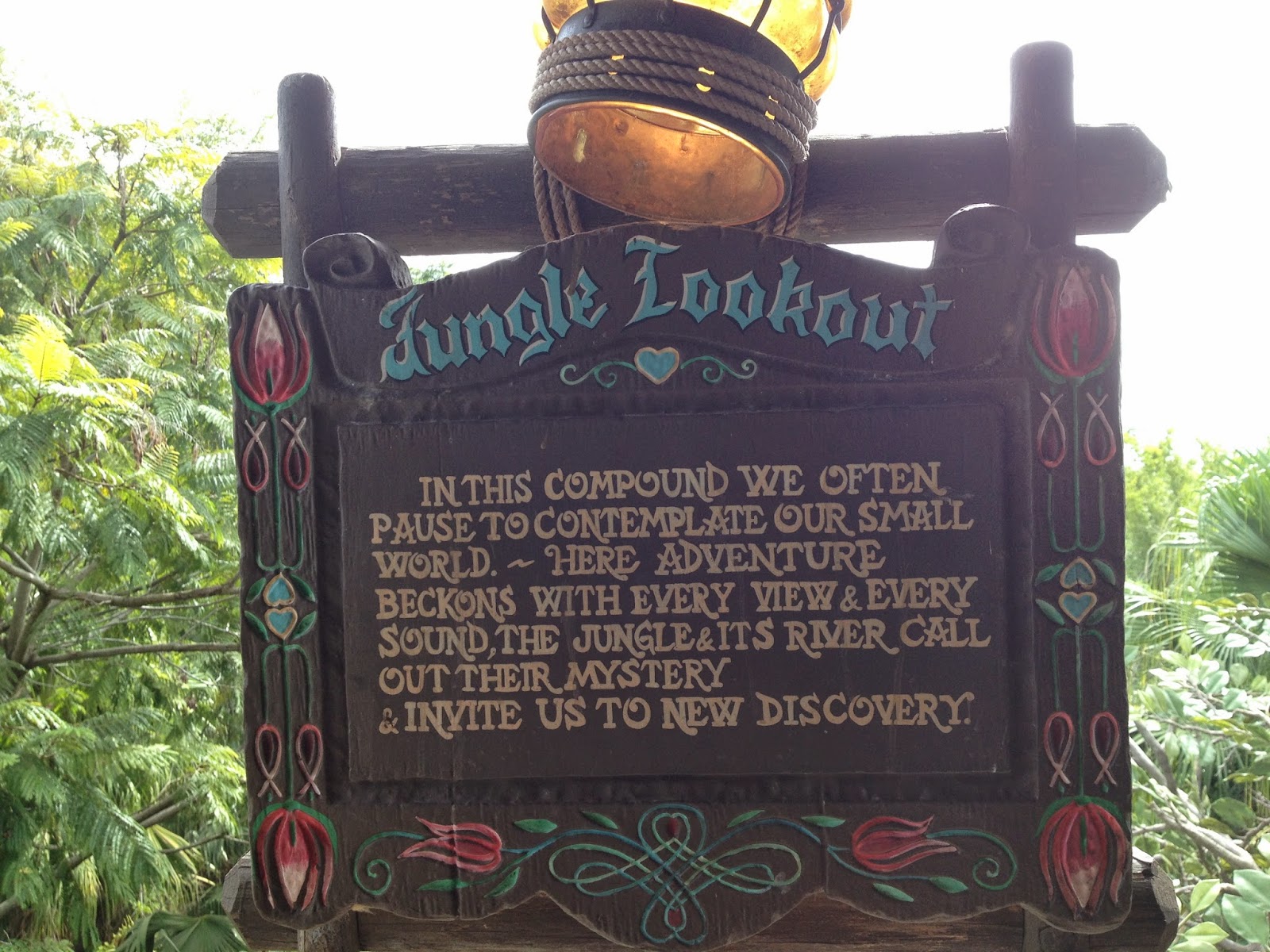 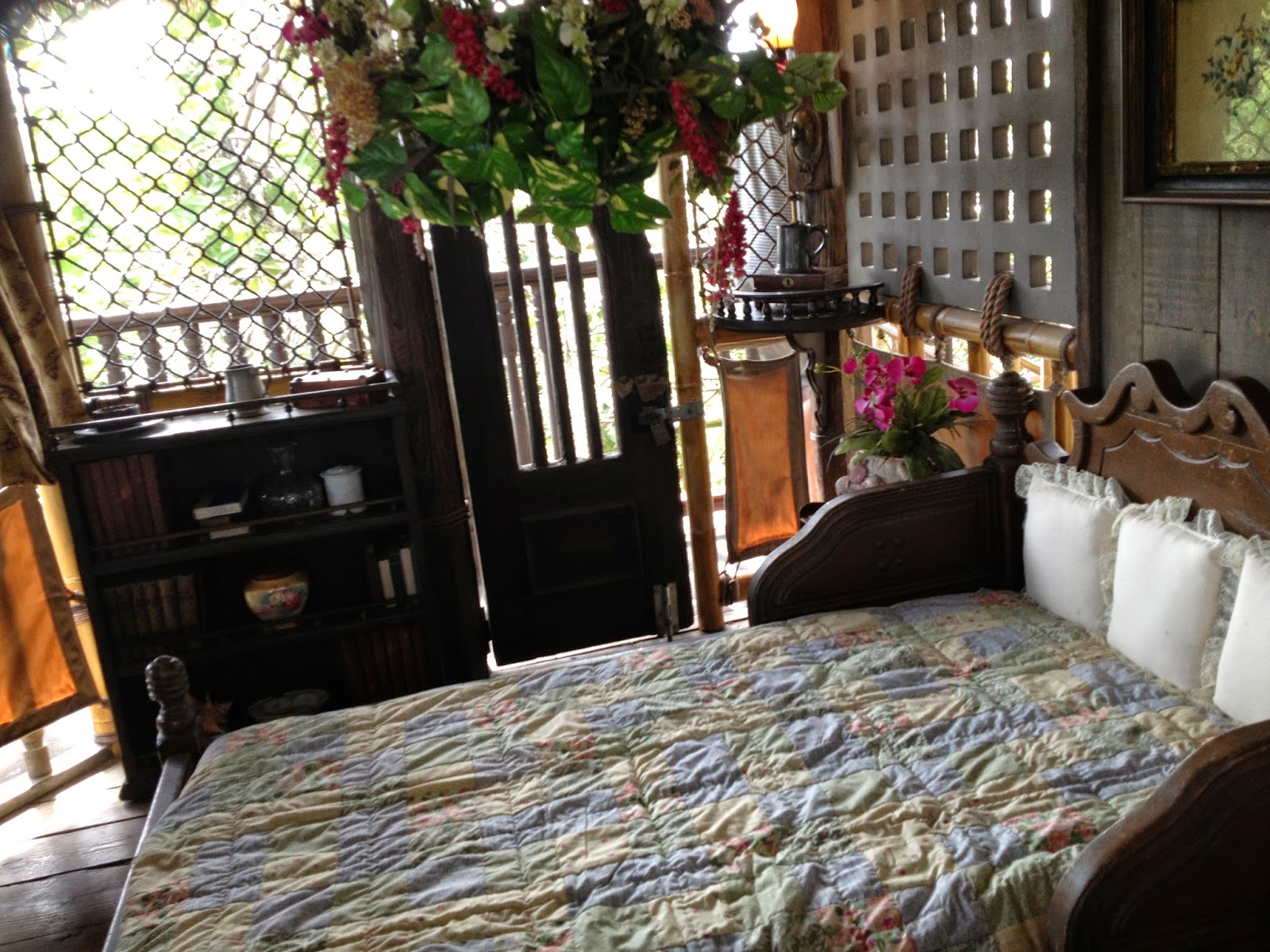 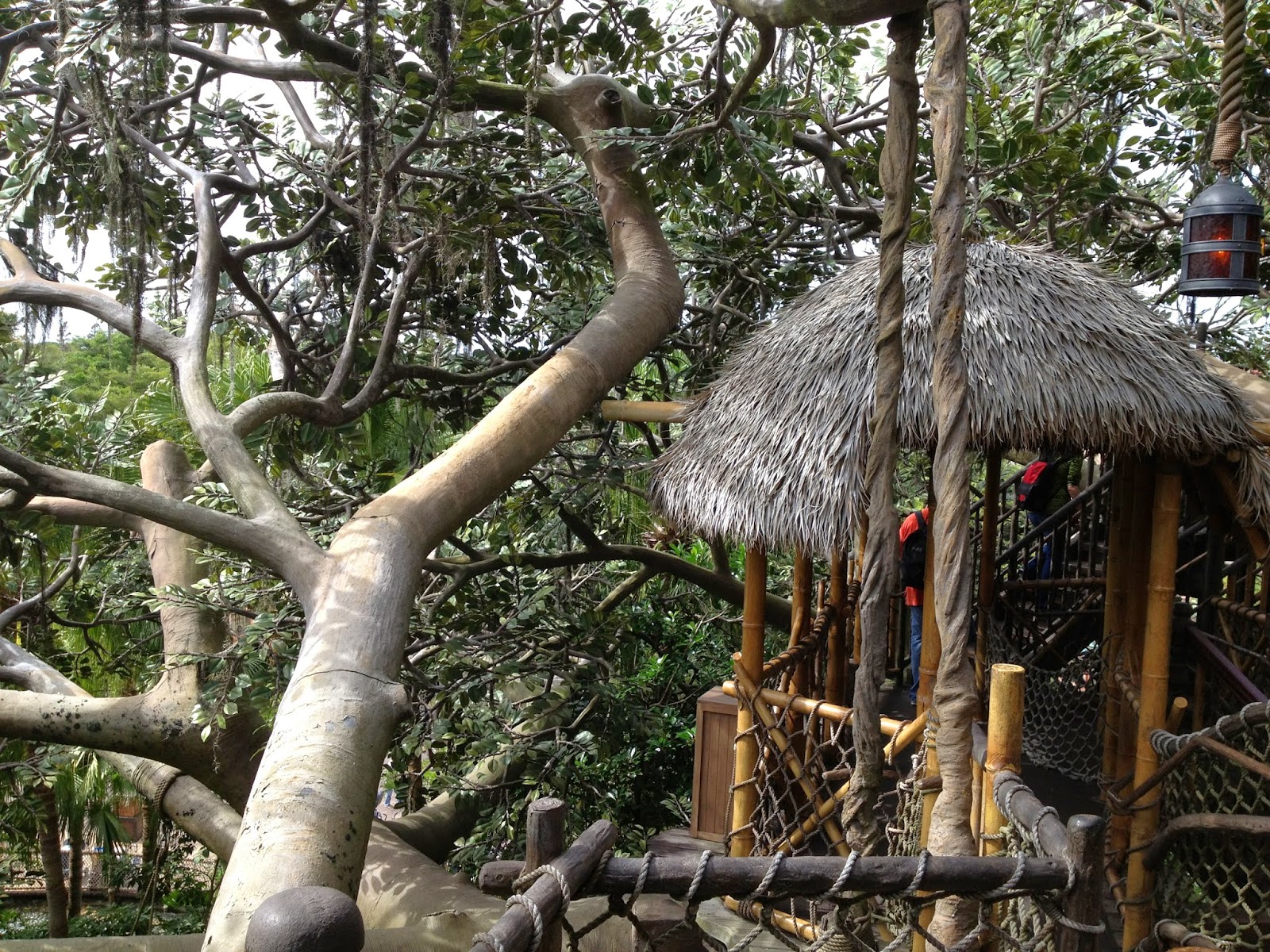 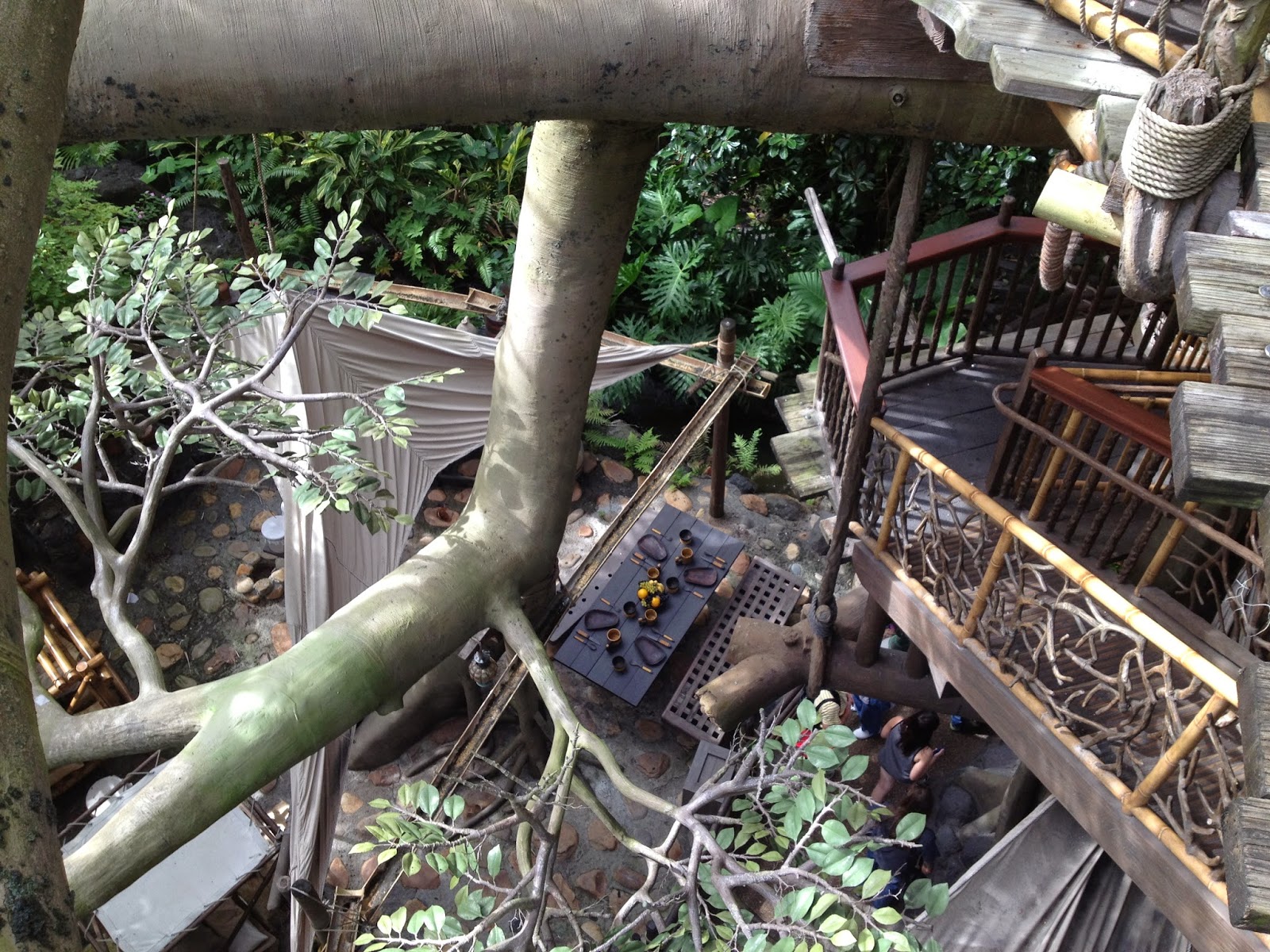 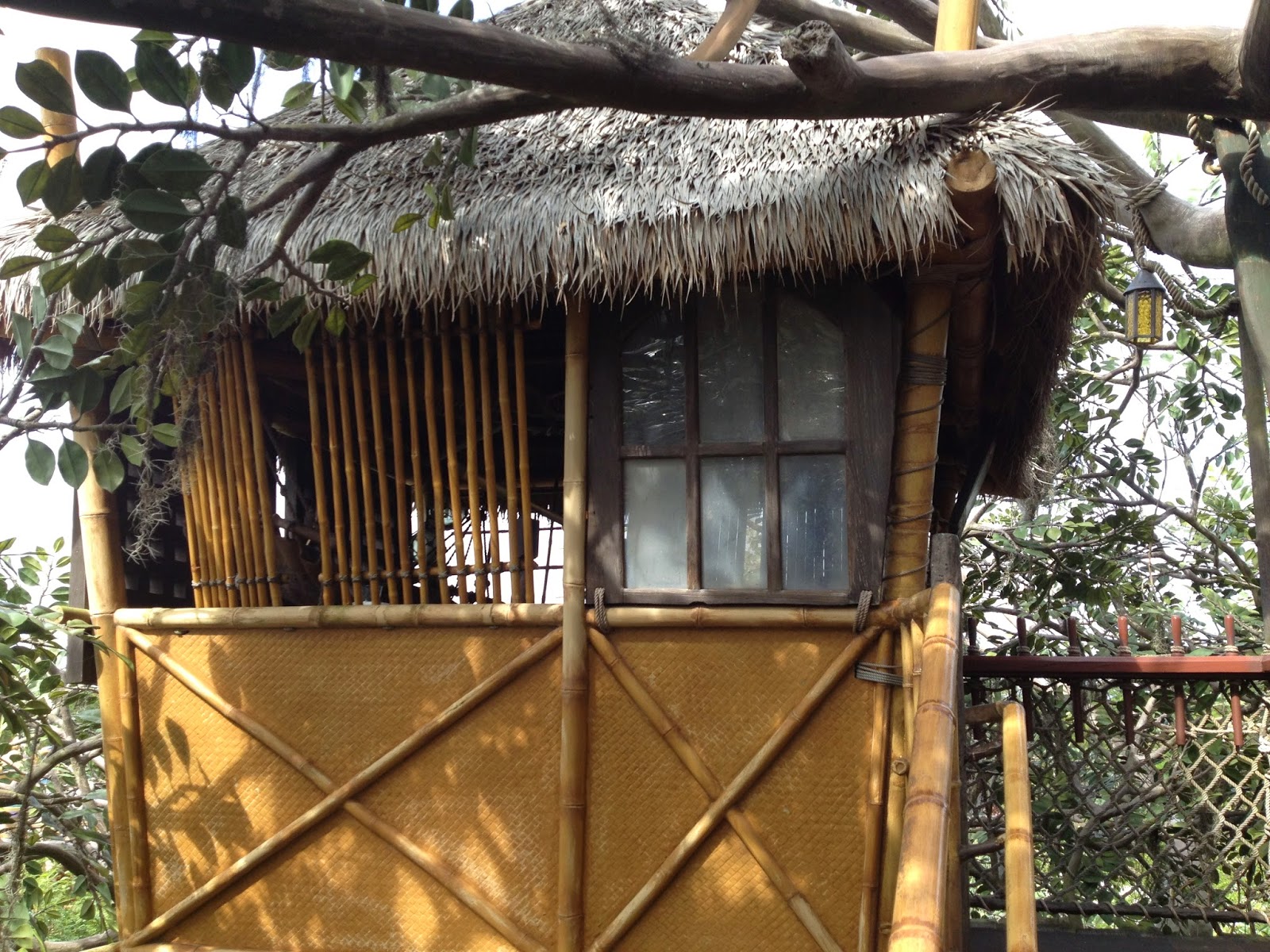 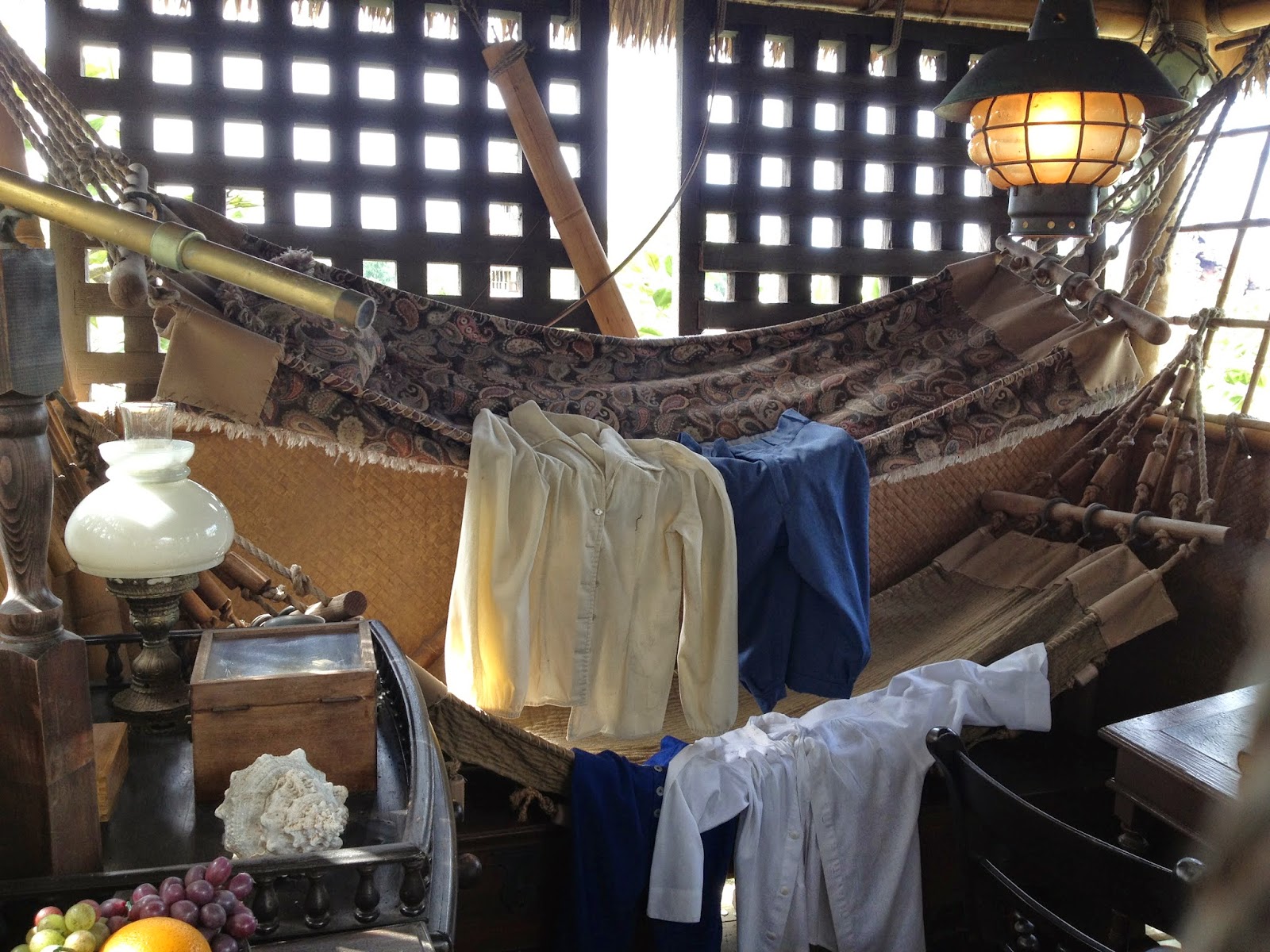 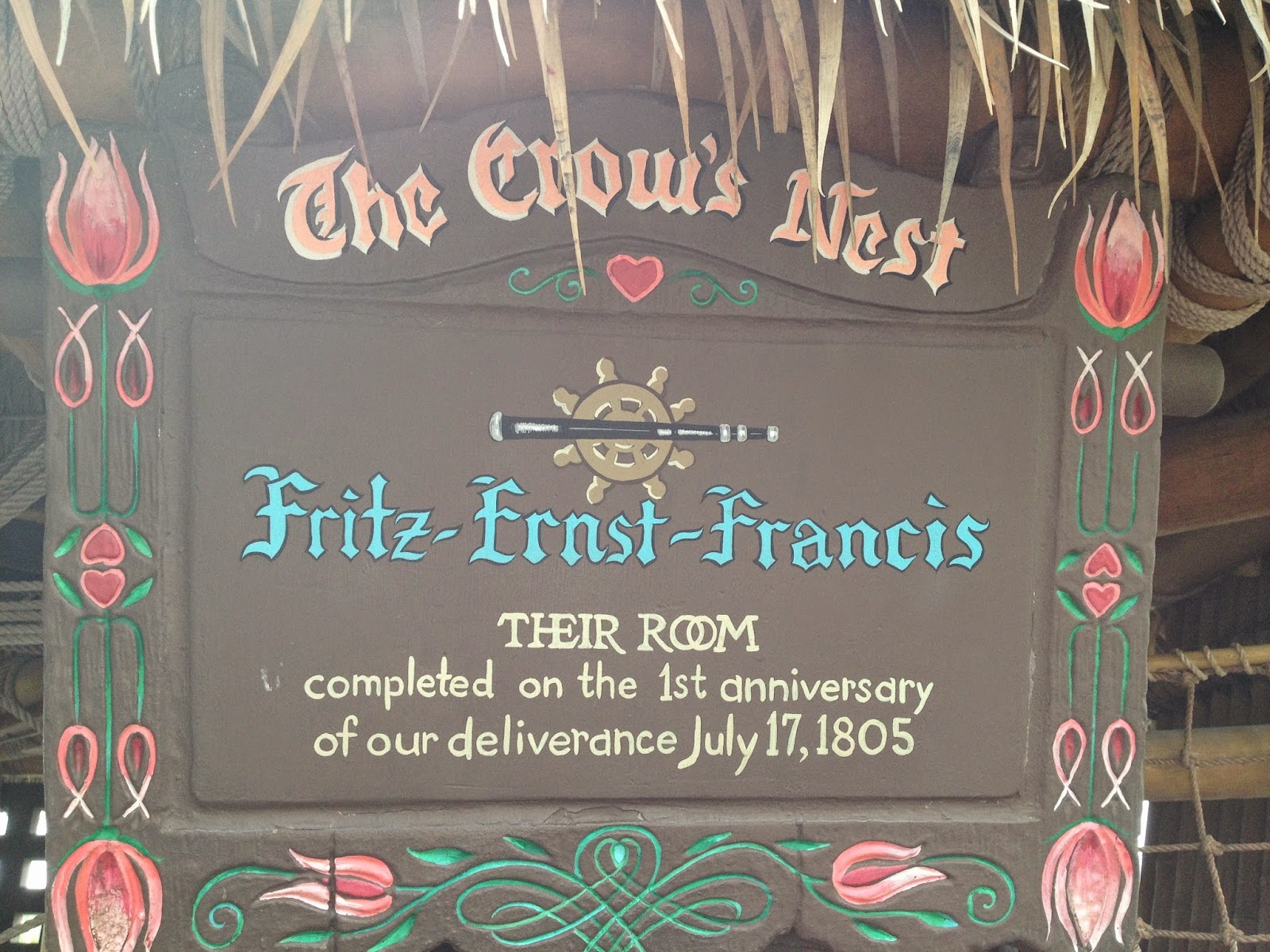 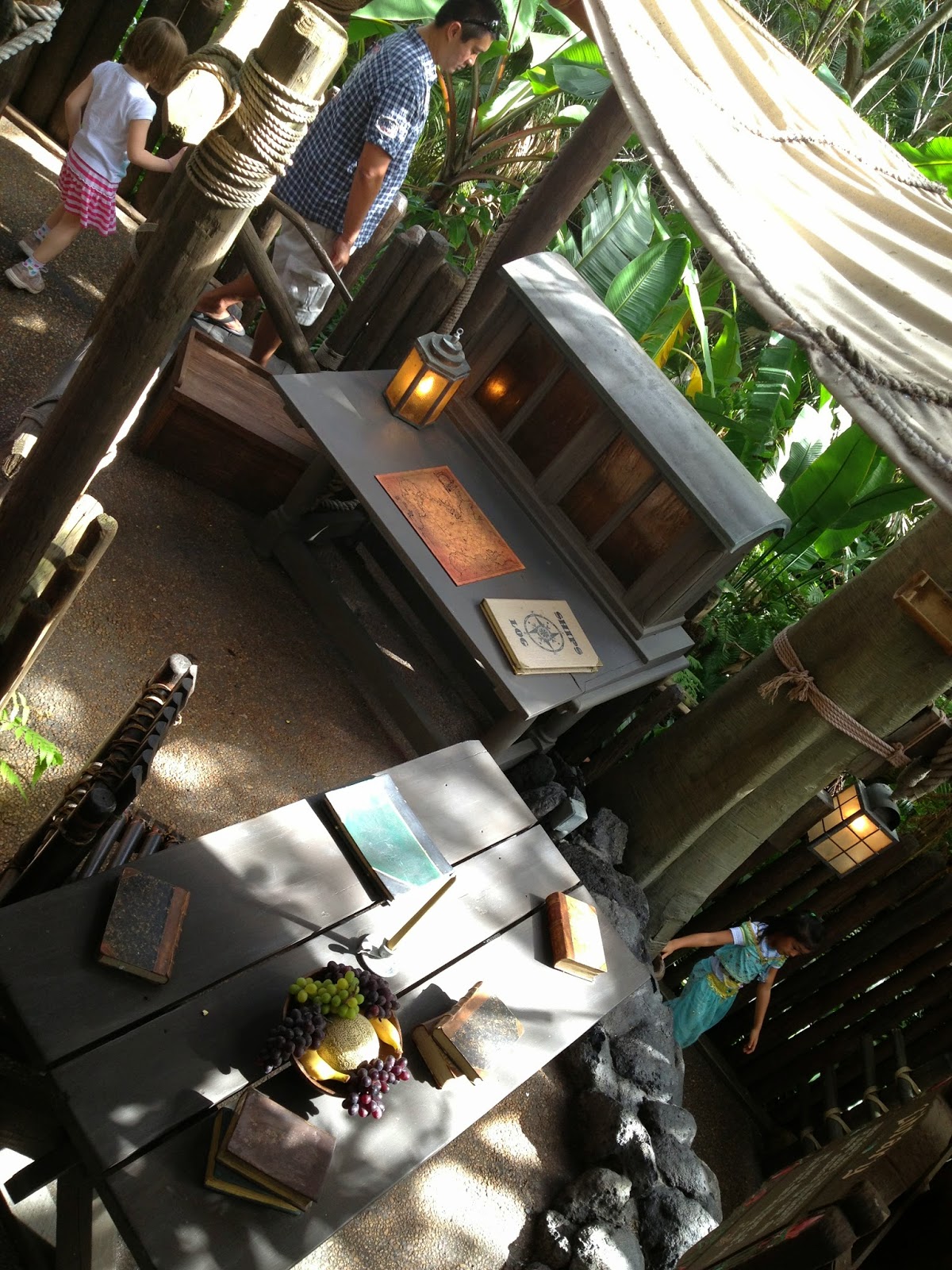 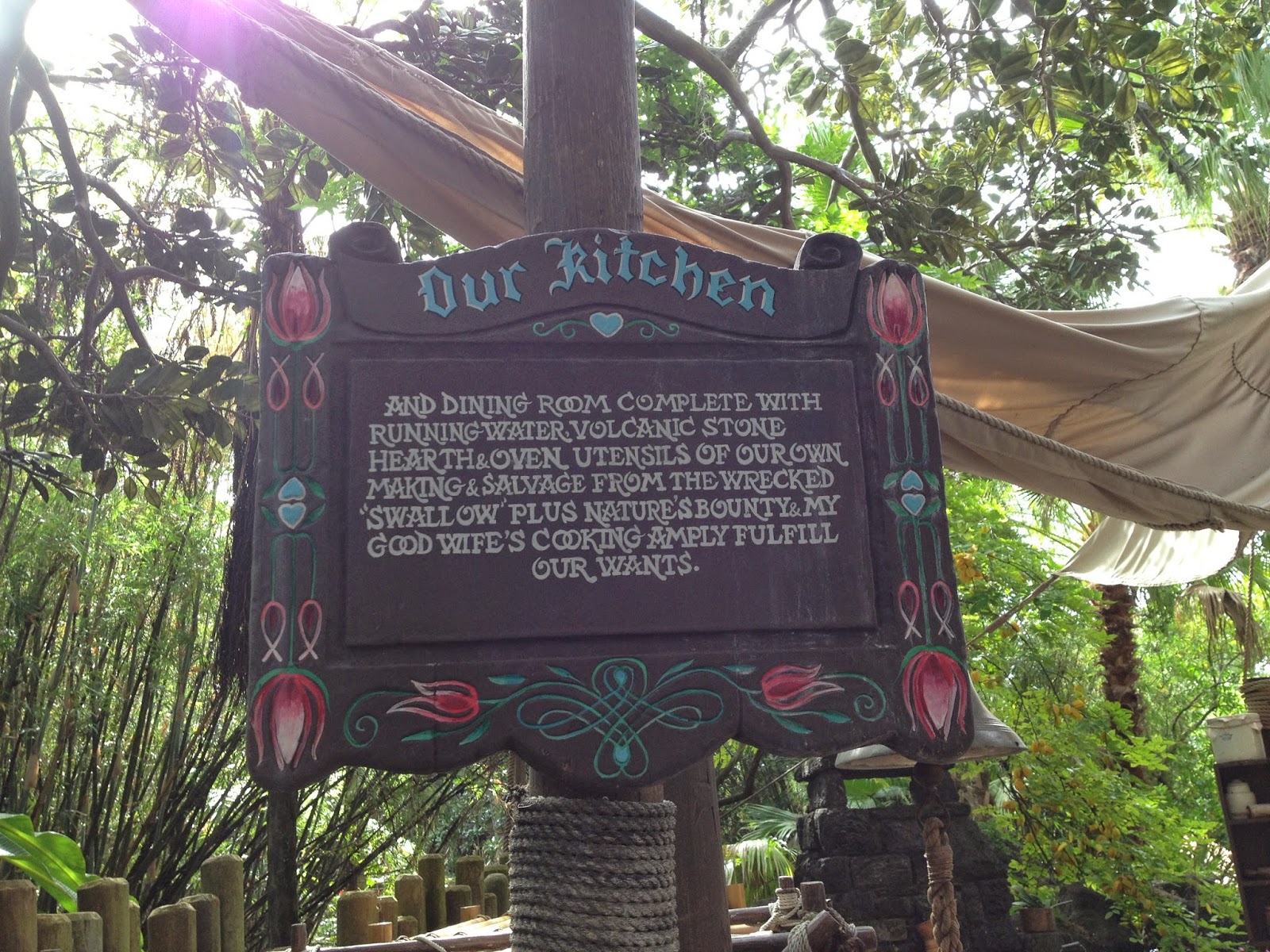 Take your time and stroll at a leisurely pace through this attraction; it's worth it. This never used to be a busy attraction, but with the way things have been going lately, you never know when you might run into a unexpected crowd. This is not one where you want to have other people right in front of you or right behind. If there's a crowd, I advise returning at another time.

Oh, and an added bonus? If all that climbing around leaves you in need of refreshment, the exit will deposit you in the perfect place to grab a Dole Whip!

When is the last time you visited the Swiss Family Treehouse?
Tell us about it in the comments...
Posted by KJ @ PlustheMagic at 1:53 PM